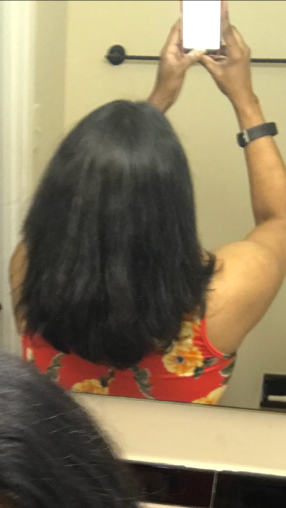 weekends are so goddamn short !

if you were wondering what the scientific term for eating human flesh is, i can tell you now: anthropophagy. this is the stuff you learn when you are trying to add books to your summer reading list, kids……… i’m reading an article about the dystopian novel oryx and crake by margaret atwood and this is the main topic in it.  i didn’t know that.the article i read was basically about the fact that animals that are genetically engineered (like in oryx and crake) and have human dna, become a chimera sort between humans and animals. as they are still eaten like in the novel, but because it included human dna, this would also legitimize eating human flesh. weird, huh ?!? and from there i further learned that

my selfies : you may not have realized it, but they are of my recently chopped hair and in passing i mentioned that to my boss and she was like, send me your photos and so i took a few and once i start snapping selfies, i usually make faces at myself & i was very tempted to send this one with my tongue sticking out but i refrained and sent the other one plus another frontal where i looked quite respectable.

this week i also found out that my kids actually wait for me when it is time for me to come home… when i’m leaving for work a few of them perch up on the window & look out when i’m leaving and when i get home at my usual time, they are there… so i assumed, they stay there having nothing to do but work at putting in as many hours of nap time as possible. but lo & behold, it’s so not true. this week, on two occasions, i came home early as at work, i got nothing to do & as i was on the verge of looking for a rope to hang myself, i pushed off early after informing my boss and so i was home earlier by 30 mins and an hour… on both these occasions i haven’t seen any signs of cats on the window sills which made me further impressed at my kitties and my heart filled up with warm, gooey love for my kids and i fed them a can of tuna to each of them. i refrain from feeding tuna to them on regular basis due to mercury content but my kids get it as a treat once every three to four months.

it’s a cool rainy day of spring. i’m thinking of wearing a beanie tonight as i want to leave my window open but it’s getting chilly. work was bearable and kind of fun. but the weather coursed me to daydream these past two days. these kind of days always make me want to write. let me down slowly by alec benjamin plays in my head & in the background. the rain is a trigger for that. i tell myself there’s no pointing listening to it, because that wouldn’t be moving on. it would mean thinking about everything. a curtain of sadness covers my eyes. as i spend my time in bed strumming my heart string and i can’t seem to match the sounds. but two sounds are familiar and i end up singing a hymn.

today at a shop (ross’)where i went to purchase a cheap throw for my kitties and while looking for honey, i saw a small plate that brought back an old memory when i was a young lady. i was at a very lonely place in my life having just lost the love of my life, my friend’s mum gave me a small plate. it had red lines around it and words. it was cute and pretty, i thought. i was so happy to receive such a gift. it was the best gift i could ever ask for. i was so excited. thinking of it now, i don’t know what i saw in it. but later on i think it broke.

sometimes i wish i could meet myself back then and talked to her. show her that she was so loved and doesn’t have to try so hard to smile or get panicky at the thought of happiness. but maybe i didn’t in a way. because i was clever and had a great imagination.

i’m looking for peace wherever it may be. stringing my heart along to every song that gets sung, i sank my tears into the sea…. your blues are my blues, your reds are my reds. my favorite evening cloudy with a little bit of sun kind of day, a light breeze straight through the spaces between every finger, your words are not lost within me. a chorus enveloped in yellows i want to wear – will you still meet me under the stars tonight ? some words will never become poems no matter how softly you touch them. i’m trying to be closer to you with these words, forgiving sight for exhausting used miles. and though my heart is yours and i’m wanting it to be mine again, i miss you more with every breath.